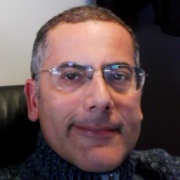 Office: DFA 253
Email: marco.russo@ct.infn.it
Phone: 5326
Web Site: superpippo.ct.infn.it/~marco/didattica
www.facebook.com/profile.php?id=100007497767388
Office Hours: Monday, Tuesday, Wednesday, Thursday and Friday from 10:00 to 18:00 In order to ensure reception for all interested students, it is advisable to contact the teacher in advance.

Marco Russo received his master's degree in Electronical Engineering in 1992. In 1996 he received his Ph.D. degree and, in the same year, he became an assistant professor at the University of Catania, Faculty of Engineering. In 1998 he became an Associate Professor at the Univ. of Messina, Faculty of Engineering. Since 2003 he is full professor of Computer Science at the University of Catania.
His research interests are: Fuzzy Logic, Neural Networks, Evolutionary Computation, VLSI Desing, Parallel and Distributed Computation.
He is an author of more than 100 refereed publications.
He is associate with the "National Institute of Nuclear Physics (INFN)", Section of Catania.