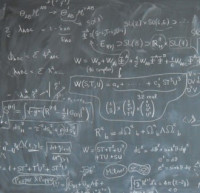 Theoretical Physics deals with formulating the fundamental laws of physics through equations that allow to explain and/or predict natural phenomena ranging from the scale of elementary particles to the cosmological one. The group at the Department of Physics and Astronomy (DFA) is active in several research areas, including quantum-relativistic field theory, elementary particle physics, nuclear physics, cosmology, statistical and complex systems physics.The quantum-relativistic field theory arises from the union between the theory of relativity and quantum physics and constitutes the necessary framework for the description of elementary particles (electrons, photons, neutrinos, quarks, gluons, Higgs boson, ...) and their mutual interactions (electromagnetic, strong, weak).Statistical physics and complex systems mainly deal with the application of physical models to the study of dynamic systems, the theory of networks with interdisciplinary applications to social, structural, geological and biological systems and the modeling of systems of socio-economic interest.
Many of the research activities of the theoretical physics group are carried out and funded within the National Institute of Nuclear Physics (INFN) also in collaboration with experimental physics groups, and involve a vast network of collaborations with groups of prestigious universities and national and international international research centers.

Theory of fundamental interactions
Faculty: Vincenzo Branchina; Vincenzo Greco; Fabio Siringo; Salvatore Plumari
The known elementary particles and their fundamental interactions are described by the so-called Standard Model (MS) of particle physics, which is the quantum field theory encompassing the unified theory of electromagnetic and weak interaction (electroweak interaction) and quantum chromodynamics (strong interaction). Within the theory group of fundamental interactions, phenomena related to the electroweak theory are studied, such as the problem of the naturalness of the mass of the Higgs boson or the problem of the stability of the electroweak vacuum. The other part of activities are dedicated to the study of fundamental properties of Strong Interactions: such as the "confinement", the dynamic generation of the mass of hadrons and the properties of the "Hot and dense QCD matter" that permeated the primordial and it is created in the ultra-relativistic colliders at the LHC of CERN. 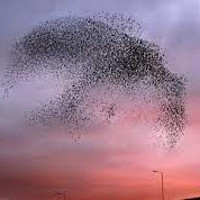 Complex systems
Faculty: Vito Latora, Alessandro Pluchino, Andrea Rapisarda
The research done at DFA focuses on the mathematical description of the architecture and dynamics of complex systems. The main objective is to understand how a complex system, that is a system composed  made up of many elements interacting in a non-linear way, organizes itself giving rise to various collective behaviors. The methods used are mathematical tools of graph theory, statistical mechanics, non-linear dynamics and large-scale numerical simulations. Applications range from biology to socio-economic systems, including man-made networks, in which both fundamental problems and applied research are addressed in collaboration with private companies. In 2021 the Italian physicist Giorgio Parisi got the Nobel prize for Physics for his pioneering research in complex systems.
EXPERIMENTAL PHYSICS OF FUNDAMENTAL INTERACTIONS
THEORETICAL PHYSICS OF FUNDAMENTAL INTERACTIONS
EXPERIMENTAL PHYSICS OF MATTER
THEORETICAL PHYSICS OF MATTER
ASTROPHYSICS
APPLIED PHYSICS
DIGITAL METHODS AND TECHNOLOGIES OF PHYSICS
LABORATORIES
Research bodies
Agreements
PON AIM
3DLab-Sicilia