Professor of Physics of matter [FIS/03] 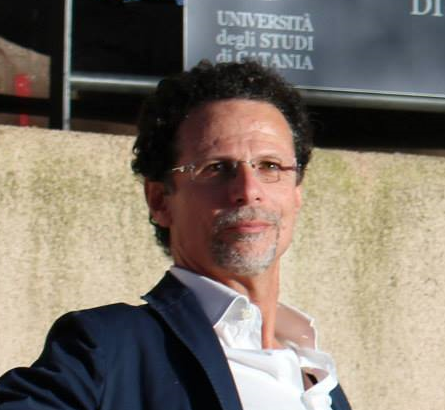 Francesco Priolo is the Rector of the University of Catania where he teaches Structure of Matter. Former President of Scuola Superiore di Catania (School of excellence of the University of Catania – www.scuolasuperiorecatania.it) from 2013 to 2018, former President of Distretto Tecnologico Sicilia Micro e Nano Sistemi (www.distrettomicronano.it) (2017-2019), former Director of the Departmnet of Physics & Astrononomy (2018-2019), a Fellow of the European Academy of Sciences (EURASC) a Past-President (2009-2011) of the European Materials Research Society (E-MRS, www.european-mrs.com), he founded the Research Center MATIS (Center of Materials and Technologies for Information, communication & Solar Energy) then merged into CNR as an independent research unit of the IMM Institute. His main research interests include nanotechnologies for electronics, photonics, photovoltaics and sensing. He is an author of over 400 papers on international journals, author of several reviews, author of 1 book, editor of 10 books, he holds 3 patents and is a frequent invited speaker at international conferences.

The main research areas comprehend nanotechnologies for electronics, photonics, photovoltaics and sensing. In these fields Francesco Priolo is a highly recognised international expert and a frequent invited speaker at international conferences.

Silicon Photonics. Francesco Priolo has been a pioneer and it is now among the most recognized experts in the field worldwide. Among the most important achievements it is worth citing: (i) the discovery of optical gain in silicon nanocrystals (Nature 408, 440, 2000 - with around 2,000 citations); (ii) the studies on rare-earth optical doping of silicon (several pioneering papers with overall over 5,000 citations) with, in particular, the fabrication of room temperature operating Si:Er LEDs and the understanding of the energy transfer between silicon nanocrystals and erbium; (iii)the fabrication of silicon nanowires by a novel maskless method and their integration in photonic and photovoltaic devices; (iv) the fabrication of a novel photonic crystal based silicon LED representing the most efficient light source based on silicon. These results are among those opening thre route for  a silicon-based photonics. For some of these achievements Francesco Priolo has been awarded in 2001 the honor of Cavaliere della Repubblica by the Italian President of the Republic and  has been invited to write a review paper on Nature Nanotechnology  (Nature Nanotechnology 9, 19, 2014).

Dopant Diffusion. Francesco Priolo and his group have given fundamental contributions to the control and understanding of the atomistic mechanisms of dopants diffusion in silicon and germanium. The comprehension of the exact atomistic mechanism of B diffusion in Si and Ge has permitted to clarify a puzzle remained unresolved for decades.  The control of dopant diffusion has lead to the fabrication of the ultra-shallow junctions needed for new generation electronic devices. These studies have been published on a series of papers (among which several PRLs) and some of the most important results have been reviewed under invitation on Applied Physics Reviews.

Research Management. Francesco Priolo has founded (winning a competitive call in 2004) and has been first Director of the Research Centre MATIS, now research unit within CNR. As a Director Francesco Priolo has strongly promoted industrial interactions in order to close the virtuous cycle which goes from research to innovation. In 10 years of activity the centre has produced over 500 publications receiving over 7000 citations. As a President (2009-2011) of the European Materials Research Society (E-MRS) Francesco Priolo succeeded in several important achievements: (i) improving the impact of the Society with a strong increase in the number of members and number of scientists participating to the annual conferences (overcoming  3,000), (ii) initiating a novel and strong interaction between E-MRS and the European Commission on the European policy in Materials Science, (iii) establishing a novel important prize promoting young scientists (EU-40 Materials Prize) dedicated to materials scientists with an age below 40 having already demonstrated outstanding research in materials science with strong impact results and excellence in leadership. As a President (since 2013) of the Scuola Superiore di Catania (SSC) – Mediterranean University Centre (a centre for excellence of the University of Catania founded following the example of the Scuola Normale Superiore) Francesco Priolo has promoted excellence in the formation of the young generations and  stimulated early stage research activities among the most brilliant students.Under his Presidency SSC became the most important centre for excellence in the formation of the young generations in Southern Italy.

The research output can be described synthetically:

Francesco Priolo is an author of over 400 publications on materials science and nanotechnologies applied to microelectronics, photonics, photovoltaics and sensing. Here it is reported a selection of only 10 relevant publications:

Research activity concerns materials science and nanotechnologies applied to microelectronics, photonics, photovoltaics and sensing. In this field Francesco Priolo is an internationally recognized expert with over 400 publications.