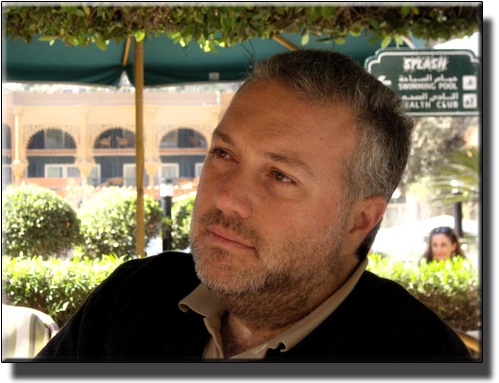 Office: DFA T19
Email: roberto.barbera@ct.infn.it
Phone: 5504
Mobile: 349 3762671
Fax: 095 337938
Web Site: www.dfa.unict.it/docenti/roberto.barbera
roberto.barbera
Office Hours: Wednesday and Friday from 14:00 to 15:00 Any notices of unavailability of the teacher will be issued exclusively through Studium (http://studium.unict.it).

Prof. Roberto Barbera was born in Catania (Italy) in October 1963. He graduated in Physics "cum laude" at the University of Catania in 1986 and since 1990 he holds a Ph.D. in Physics from the same University. Since 2005 he is Associate Professor of Experimental Physics at the Department of Physics and Astronomy of the Catania University and at the beginning of 2014 he got the National Scientific Qualification to act as Full Professor of Experimental Physics of Fundamental Interations. Since his graduation his main research activity has been done in the domains of Experimental Nuclear and Particle Physics. He has been involved in many experiments in France, Russia, Sweden and United States to study nuclear matter properties in heavy ion collisions at intermediate energies. He is author of several book chapters, more than 250 scientific papers published on international journals, and more than 400 proceedings of international conferences (see his personal home page on ORCID, http://orcid.org/0000-0001-5971-6415, and/or his Google Scholar profile: http://scholar.google.com/citations?hl=en&user=W5helEUAAAAJ). He is editor of the International Journal of Distributed Systems and Technologies and referee of Journal of Grid Computing, Future Generation Computer Systems, and BMC Medical Informatics. He is also a consultant of the Euoepan Commission and a reviewer of the European Science Foundation as well as of Ministries of Science and Technology of various countries in the world.

Since 1997 he has been involved in CERN experiments and he is one of the physicists involved in the ALICE Experiment at LHC. Within ALICE he’s been the coordinator of the off-line software of the Inner Tracking System and member of the ALICE Off-line Board. Since late 1999 he is interested in Distributed Scientific Computing. He’s been member of the Technical Committee of TERENA (the Trans-European Research and Education Networking Association, www.terena.org), of the Executive Committee of the Italian Grid Infrastructure (the Italian National Grid Initiative, www.italiangrid.it) and of the Scientific & Technical Committee of Consortium GARR (the Italian National Research and Education Network, www.garr.it). At European level, he has been/he is involved with managerial duties in many FP6, FP7 and H2020 EU funded projects (agINFRA, CHAIN, CHAIN-REDS, DCH-RP, DECIDE, EarthServer, EELA, EELA-2, EGEE, EGEE-II, EGEE-III, EGI-Engage, EGI-InSpire, eI4Africa, EPIKH, EUChinaGRID, EUMEDGRID, EUMEDGRID-Support, GISELA, ICEAGE, INDICATE, INDIGO-DataCloud, etc.) in Europe, Asia, Africa and Latin America and he’s currently the Technical Coordinator of the Sci-GaIA project (www.sci-gaia.eu). Since 2004 he coordinates the international GILDA t-Infrastructure he created for training and dissemination (http://gilda.ct.infn.it) and that has been used in more than 500 training events in more than 60 countries worldwide. Since 2010 he oversees the design and the development of the Catania Science Gateway Framework (www.catania-science-gateways.it). He is also the manager of the GrIDP Identity Federation (http://gridp.garr.it) and he is strongly involved in the establishment of Certificate Authorities, Identity Federations and Open Access Digital Repositories for Open Science in various regions of the world.

Ap up to date CV of Prof. Roberto Barbera is always available on his ORCID profile. A browsable and printer-friendly version can be downloaded from this link (last updated on: June 11, 2019).

For an up to date list of publications of Prof. Barbera, see:

Other useful sources of information are:

Past experiments, in reverse time order: