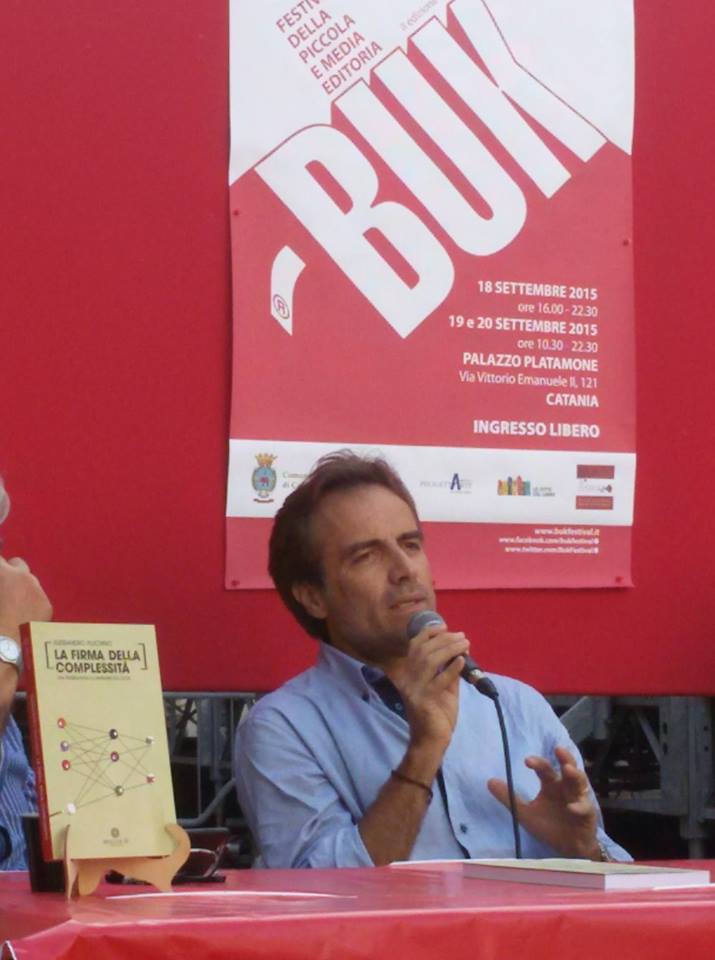 Alessandro Pluchino is associate professor of theoretical physics, mathematical methods and models and has also the qualification of full professor in Theoretical Physics of fundamental interactions. He is delegate of research at INFN, local coordinator of LINCOLN and staff member of DYNSYSMATH.

His research activity mainly focuses on the elaboration of mathematical and computational models of complex systems, through the network analysis and agent-based models tools, but he also addresses fundamental physics issues, statistical mechanics, complex networks and chaos theory, with applications to biological, geological, ecological, economic and social systems. He is also interested in developing optimization methods, with applications to management engineering, infrastructures and transportations. He is Editorial Board member of several scientific journals, among which PLOSONE and ENTROPY.

Author of more than 100 scientific publications, among which several books, and speaker at numerous international conferences, he is also actively engaged in scientific dissemination for a non-specialist audience. In 2010 he was awarded, with Andrea Rapisarda and Cesare Garofalo, of the Ig-Nobel Prize for Management at Harvard University and MIT. In 2022, with Andrea Rapisarda and Alessio Emanuele Biondo, he received a second Ig-Nobel Prize for Economics.

2001: Winner at the National Competition for Teaching at Secondary School;

2001-2008: Permanent position as Teacher of Mathematics and Physics (A049) at the “Istituto Statale d’Arte” in Catania;

2002-2005: Ph.D. in Theoretical Physics at the Faculty of Science at the Catania University;

2005-2007: Post-doc fellowship FIS/02 “Fisica teorica, modelli e metodi matematici” at the Department of Physics and Astronomy of the University of Catania;

Since 01/01/2009: Permanent position as researcher scientist and assistant professor at the Department of Physics and Astronomy of the University of Catania;

Since 2009: Teaching activity at DFA, course of Statistical Physics and Dynamical Systems, and at SAN, course of General Physics;

Since October 2015: Associate Professor of theoretical physics at the Department of Physics and Astronomy of the University of Catania;

Since 2014: Local coordinator of the INFN Projects “PIECES”, “PLEXNET” and "LINCOLN"; staff member of the Project "DYNSYSMATH";

Since 2010: Co-Director of the LIPARI INTERNATIONAL SCHOOL ON COMPLEX SYSTEMS- Lipari, Italy;

2010: Winner (with Andrea Rapisarda and Cesare Garofalo) of the Ig-Nobel Prize 2010 for Management - Harvard University and M.I.T. (Boston, USA) www.pluchino.it/ignobel_new.html;

January 2014: Qualification at the level of Associate Professor by the Italian National Committee of Theoretical Physics;

Since 2014: Member of the Interdisciplinary Research Center about Diagnosis and Therapy of Brain Tumors, University of Catania;

Since 2015: Member of the Interdisciplinary Study Center about Pascal and ‘600 (CESPES), University of Catania;

Since 2015: “Counselor” for students of the First Degree in Physics, Department of Physics and Astronomy of the University of Catania;

Since 2016: Staff Member of PHD in Complex Systems for Physical, Socio-Economical and Life Sciences, University of Catania;

Since 2017: Member of the Scientific Program Committee of the annual conference “Summer Solstice Conference on Discrete Models of Complex Systems”;

Since 2017: Member of the international Complex Systems Society;

Since 2017: Member of CCS/ITALY, “Italian Regional Conference on Complex Systems”;

Since 2018: Academic Editor of the scientific JournalPLOS ONE;

July 2018: Qualification at the level of Full Professor by the Italian National Committee of Theoretical Physics;

Since 2019: Delegate for e-learning and EDUOPENplatform for University of Catania;

Since 2020: Member of the Editorial Board of the scientific Journal ENTROPY;

Since 2020: Responsible for DFA of the Piano Nazionale Lauree Scientifiche - Fisica (PLS-POT);

Since 2022: Member of the Editorial Board of the scientific Journal FRONTIERS IN PHYSICS.

September 2022: Winner of Ig-Nobel prize for Economics, again with Andrea Rapisarda and with Alessio Emanuele Biondo.

Books and other writings: http://www.pluchino.it/NUOVO-SITO-2019/BOOKS_ET_AL.html