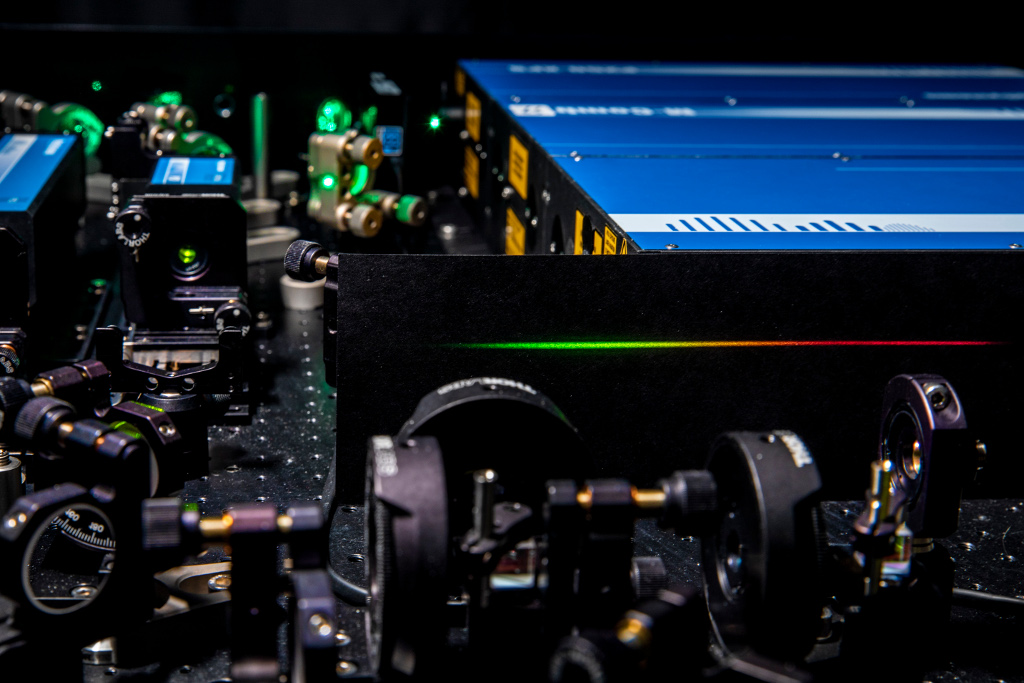 Abstract. Thanks to their strong interaction with electric fields, ions are easily trapped, and once laser-cooled, their spatial extension can amount to a few tens of nanometers only. This allows for external perturbations from the environment to be controlled extremely well, leading to long coherence times required for high-resolution spectroscopy. However, many atomic and most molecular ions do lack nearly closed optical transitions, which are necessary for translational cooling but also for standard fluorescence state detection. This restriction can be overcome by “sympathetically” cooling the specie of interest with one co-trapped laser-cooled and so-called “readout ion”. The “readout” ion can also be used further as a probe of the common motional state of the two-ion system, which is excited by the recoil associated with the absorption/emission of one or several photons by the ion of interest. In this talk, I will present our recent achievements towards implementing this universal detection scheme to perform high-resolution spectroscopy of a single MgH+ molecular ion. In particular, I will show new state-of-the-art spectroscopy of different Ca+ isotopes using a femtosecond frequency comb laser and discuss how these high precision measurements can be used to search for new particles beyond the standard model of particle physics.

Bio. Cyrille Solaro obtained his PhD from the Université Pierre et Marie Curie (Paris, France) in 2016. His work consisted in the development of a trapped cold-atom interferometer for short range forces measurement. He studied the impact of spin self-rephasing and more generally of atom interactions onto the sensitivity and the accuracy of the force sensor. In 2017 he joined the Ion Trap Group in Aarhus University (Aarhus, Denmark) to work on the coherent manipulation of widely (THz) spaced quantum states of single atomic ions with a femtosecond frequency comb laser. In 2018, he received a Marie-Skłodowska Curie Fellowship to pursue his research and apply the newly demonstrated technique to perform high-resolution spectroscopy of pure rotational transitions in a single molecular ion.