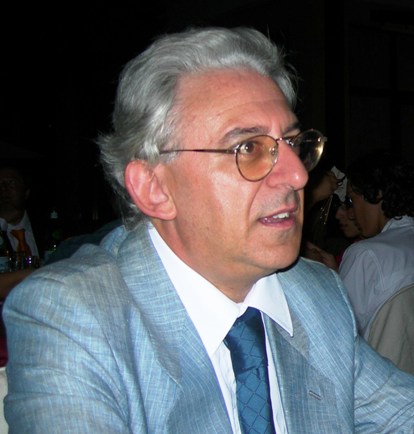 Research activity, current and past

Prof. Salvatore Costa is author of about 1000 scientific papers.
A complete list can be found in the official IRIS catalogue of University of Catania: "UniCT IRIS catalogue: Salvatore Costa".
A selection of 20 papers representative of the whole research career of Prof. Costa is listed below:

The research activities of Prof. Salvatore Costa concern the elementary composition of matter, the fundamental interactions among particles composing matter at the elementary level, history and evolution of the Universe. Such a broad scientific interest for understanding matter and the Universy at a fundamental level is embodied in the current participation of Prof. Costa into three important experiments, all carried out by large international collaborations: