Critical properties of the Anderson transition in momentum space 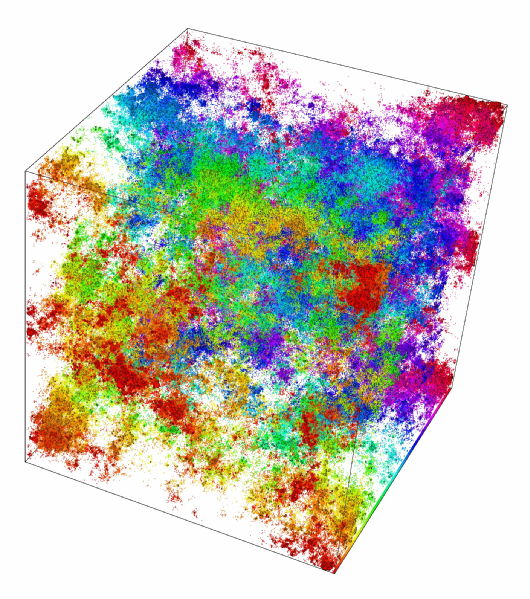 In disordered media, the absence of diffusion arising from the spatial localization of single-particle states is known as Anderson localisation (AL). In three dimensions, AL manifests itself as a phase transition which occurs at a critical energy or at a critical disorder strength (the mobility edge) separating a metallic phase where states are spatially extended, from an insulating one where states are localized. Theoretically, much efforts have been devoted to the study of the critical properties of the Anderson transition (AT), such as wave-function multifractality or critical exponents. In practice however, only a handful of experiments have found evidence for the 3D Anderson transition, among them cold atoms, and even fewer have investigated its critical features (mostly in the context of quantum-chaotic dynamical localization). In addition to the intrinsic difficulty of achieving wave localization in three dimensions, one reason for the rareness of experimental characterizations of the Anderson transition is the lack of easily measurable observables displaying criticality.

In this talk, I will show that the critical properties of the AT are encoded in two emblematic interference effects observed in momentum space: the coherent backscattering (CBS) and the coherent forward scattering (CFS) peaks, the latter being a critical parameter of the transition. By a finite-time scaling analysis of the CBS width and of the CFS contrast temporal dynamics, one can extract accurate values of the mobility edge and critical exponents of the transition in agreement with their best known values to this date.