Elementary Particle Physics, known also as "High-Energy Physics", studies the fundamental constituents of matter - the so-called elementary particles - and their interactions. It does so by means of experiments which exploit ever more powerful accelerators. Due to the well-known equivalence between mass and energy, E=mc2, attaining higher and higher energy implies that it is possible to "generate" particles with higher and higher mass - and with new properties. This is made possible by special devices known as "particle accelerators", which - indeed - accelerate charged particles to very high speeds and thus to extremely high energies. These energetic particles are guided to collide with each other. From the energy released by them upon colliding, new particles can be produced, which normally are not present in Nature in the ordinary present conditions of the Universe. Particles newly generated in the collision in turn decay into yet other daughter particles. A detailed study of these decays allows to infer the properties of their mother particle. Identification of the particles emerging from a collision is performed using so-called "detectors", rather complex apparatuses composed of multiple devices which measure the properties of each particle (such as its energy and path) and determine its type.

Historically speaking, the first ideas of elementary Particle Physics date back to the philosophers of Ancient Greece, e.g. Democritus who conceived his "atomic" theory. But it is only with the introduction of the Scientific Method that elementary Particle Physics becomes a true scientific discipline. The first, pioneering, scientific studies on particles are those conducted by Rutherford with the goal of understanding the structure of the atom, which quickly led to the discovery of the atomic nucleus, and those conducted by Thomson, which led to the discovery of the electron. A few years later the nucleons and the cosmic rays were discovered, and at this point elementary Particle Physics was mature enough to branch off Nuclear Physics, as the latter remains devoted to investigating the structure of the atomic nucleus, whereas the former aims at studying smaller and more elementary components.

A detailed study of cosmic rays and the appearance of the first particle accelerators determined a swift advancement of our understanding of elementary particles in the 1930-1960 period, when a multitude of new particles were discovered. The quark model, which soon followed, allowed to organize most of those particles into a meaningful scheme. In the 1960-1980 period the so-called  “Standard Model" of elementary particles and fundamental interaction was develop, providing a way to describe all known particles and interactions within a single theoretical framework. 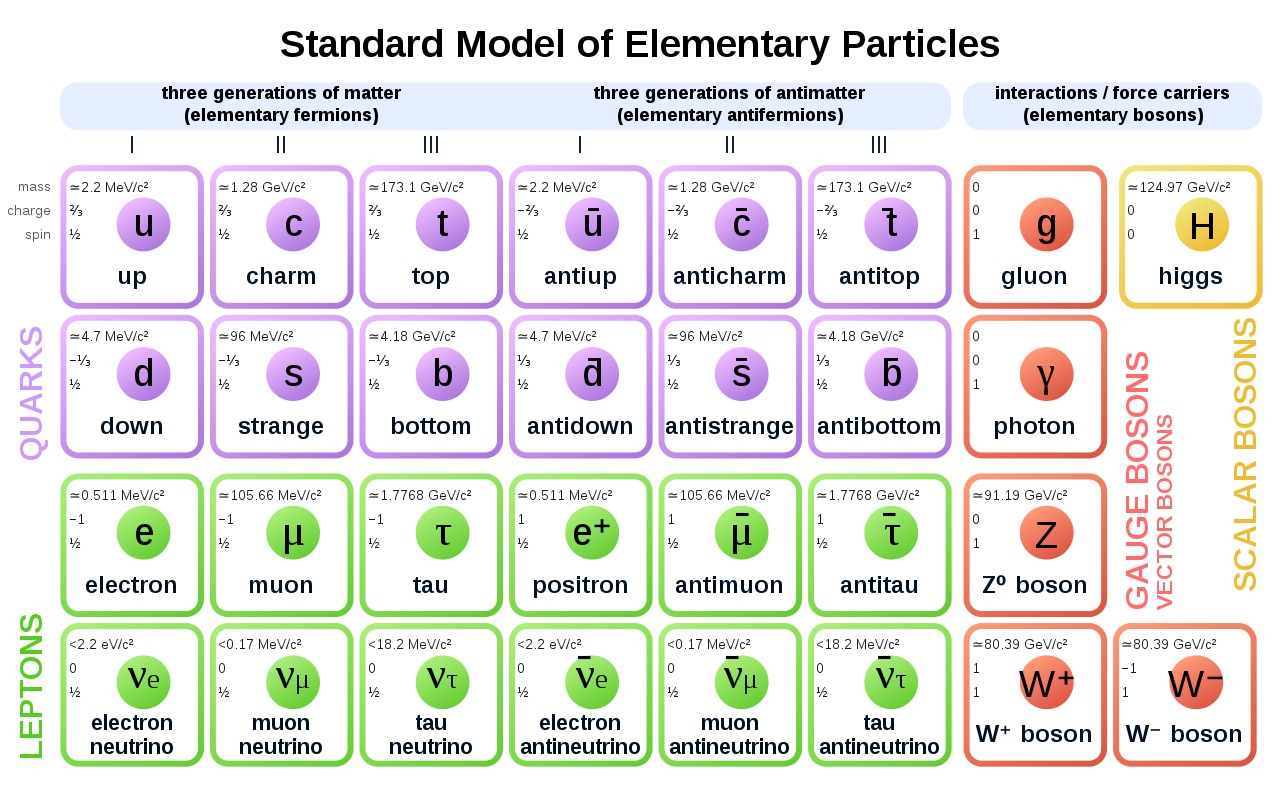 The Standard Model attained extraordinary success with a number of experimental discoveries in the ’70s, which fully confirmed the theoretical predictions of the Model - sometimes to a spectacular degree of accuracy: observation of "neutral currents" with the Gargamelle detector at CERN (Geneva) and discovery of the beauty quark at Fermilab (USA), followed shortly thereafter by the production of the particles responsible for the weak interaction, W and Z, obtained in 1983 at CERN by a research Group led by an Italian, Carlo Rubbia. In the '90s the discovery of the top quark at Fermilab represented a milestone for Particle Physics: all six quarks predicted by the Standard Model had now been experimentally observed. Simultaneously, at the large accumulation ring for protons and electrons of CERN (LEP), many high-precision measurements were performed, all in perfect agreement with the corresponding theoretical predictions.

In addition, the standard Model cannot provide any answer to some fundamental questions concerning Nature: why do three families of quarks exist, why is their mass so different from each other, why do we see in Nature a lot more matter than antimatter. Furthermore, yet other aspects observed in nature and not yet understood simply cannot be explained in the framework of the Standard Model, namely: dark matter and dark energy - which make up by far the largest part of the Universe - and the unification in a single coherent theoretical framework of gravity along with the other fundamental interactions: the electromagnetic, weak and strong interactions. To gain insights into these still open questions, theoretical physicists develop new theories which do not contradict the Standard Model, but include it as a special case. These models, collectively called "Beyond the Standard Model", however, need experimental confirmation just as any model. 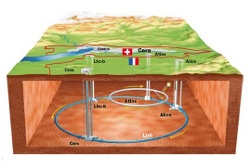 Both to "complete" the Standard Model with the observation of the postulated Higgs boson and to investigate physics "beyond" the Standard Model, at the beginning of the current century experimental physicists have built a new accelerator pushing technology to the best available level at the time of construction: the Large Hadron Collider (LHC) at CERN (Geneva). Thanks to LHC, which began operations in 2010, the Standard Model has had yet another spectacular triumph - presumably the final one: the observation of the Higgs boson, the last missing piece, announced to the world on July, 4th, 2012, 48 years after its existence had been predicted theoretically! After discovery, experimental work at LHC continues in earnest, both to study in detail the properties that make the Higgs boson do what we understand it does: generating the mass of all other massive particles - and its own mass, and to seek observational hints that could help formulate answers to the stil open questions, which only in a wider-scope theory than the Standard Model will be able to get a coherent description.

In the mean time, scientists are already devising new accelerators, larger and more powerful than LHC, which the relentless progress of technology will afford to realize in the next few decades, and which will enable the next generations of physicists to discover that "new physics" which could provide the answers to the currently pending questions about Nature.

Both particle accelerators and the experimental detectors which measure the particles produced in the high-energy collisions are extremely complex instruments, at any given time at the edge of existing technology. Research and development for the establishment and the operation of these underlying research programs has important returns and applications in our daily life. A classic example is the World Wide Web (WWW), which was invented to allow scientists members of large collaborations, living in many different parts of the world, to effectively communicate and exchange information so that their projects could advance rapidly, but has quickly become an indispensable mean for global communication. There are also many applications of the technologies developed for high-energy physics experiments in industry as well as in the medical care field, such as advanced instruments for diagnosis (NMR, PET) and the hadron therapy for tumors.

The collaborations participating to construction and operation of particle physics experiments comprise hundreds or even thousands of scientists from Institutes and Laboratories all over the world. This is a positive example of international cooperation, in which diversity is an asset and not an obstacle, involving the best scientists on the planet - an environment where students and young scientists can gain ample and solid experience and know-how. In this context, the Particle Physics group at the Dipartimento di Fisica e Astronomia "Ettore Majorana" of Università di Catania, which works in cooperation with the Istituto Nazionale di Fisica Nucleare (INFN), participates into the CMS and LHCf experiments at the LHC accelerator, and into the RD_FA project.