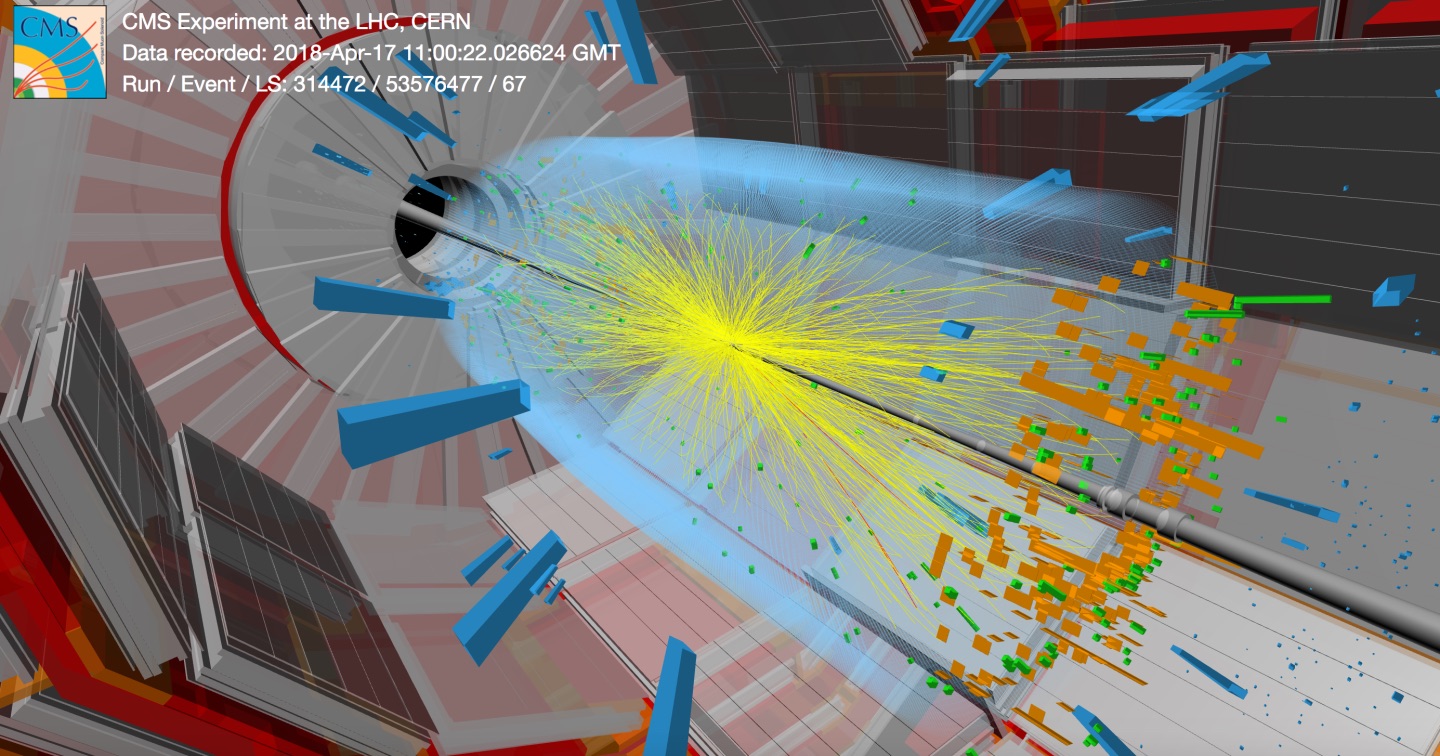 The CMS experiment is one of the so-called general-purpose experiments at LHC. Its initial scientific goal - the hunt for the Higgs boson discovered in 2012 - is now diversified into a variety of precision studies and searches for physical phenomena not described by the Standard Model theory.

The CMS detector is able to study all physical aspects of proton-proton collisions at a center-of-mass energy of 14 TeV (1 TeV = a trillion elettronvolt = 1012 eV). Its experimental apparatus includes several sub-detectors capable of measuring energy and momentum of photons, electrons, muons, and other particles produced in the collisions. It is geometrically subdivided into a central cylindrical region ("barrel") completed by caps at the two ends ("endcaps"). The sub-detector closest to the collision point is the silicon tracker. Around it we have an electromagnetic calorimeter, followed by a hadron calorimeter. The tracker and the calorimeters are located inside a superconducting solenoidal magnet which generates a 4 Tesla magnetic field. Outside the magnet we have a muon detection system, which is located in the iron yoke necessary to close the magnetic field lines.

The main goals of the experiment are:

The Catania CMS Group has given relevant contributions to the construction of the present silicon tracker and an even greater contribution to the construction of its innermost part, the so-called silicon pixel tracker, in its second version, named "phase 1"; this was installed at the beginning of 2017 to replace the original version, degraded by use, to which the Italian groups of CMS had not participated.

Currently, the Catania Group is involved in the just started construction of the so-called "phase 2 " tracker, which will fully replace the present one around 2026. Specifically, the Catania Group is responsible for the test system and the qualification of the electronics circuits devoted to reading out the electrical signals generated by the particles traversing the tracker (these circuits are known among the experts as "front-end hybrids") and also for the construction database.

The Group is also active in maintenance and operation of the experimental apparatus, in the physics data analyses tailored to searching for SuperSymmetry, and some members of the Group hold relevant roles in the management of the Collaboration.